I'll be honest, I thought my visit to a photo exhibition on Friday would be more than a tad depressing. An exhibition of photos taken by formerly trafficked women - I desperately wanted to support it but I wasn't looking forward to it.
How wrong I was! The exhibition (of photos by three Ethiopian women - entitled Voice of Freedom, a project of the charity PhotoVoice) did explore painful and unbelievable events; the simple fact that people saw fit to treat these people as commodities - stuff to be traded and made a profit from, raped and abused; the people on the journey with them who had not made it; their continued fear. Yet it also showed the incredible human spirit they displayed in continuing, and the way their lives had been turned around. My grandmother, who survived the Nazi occupation of Lodz and then escaped into Russian occupied Poland only to be deported to the Gulag once spoke of how the human spirit to survive can overcome the most unbelievable horrors. Her voice rang out to me again and again as I was allowed glimpses into these women's lives.
Also poignantly, especially when we hear so much about racial tensions in Israel, these women have been rescued, protected, housed, and rehabilitated, by the Israeli government. And this care and investment is there for all to appreciate in the London offices of Amnesty International. Two of the photographers will soon be returning to Ethiopia, and have spoken to the organisers of Voice of Freedom about their desire to become activists on their return, making a difference to others just as they have been helped and supported.
The three women make their voices heard in the photos, but they sing out from the text next to the photos in ways that were utterly surprising. Like this one, taken in a Church in Nazareth by Zenebech Zeleke: 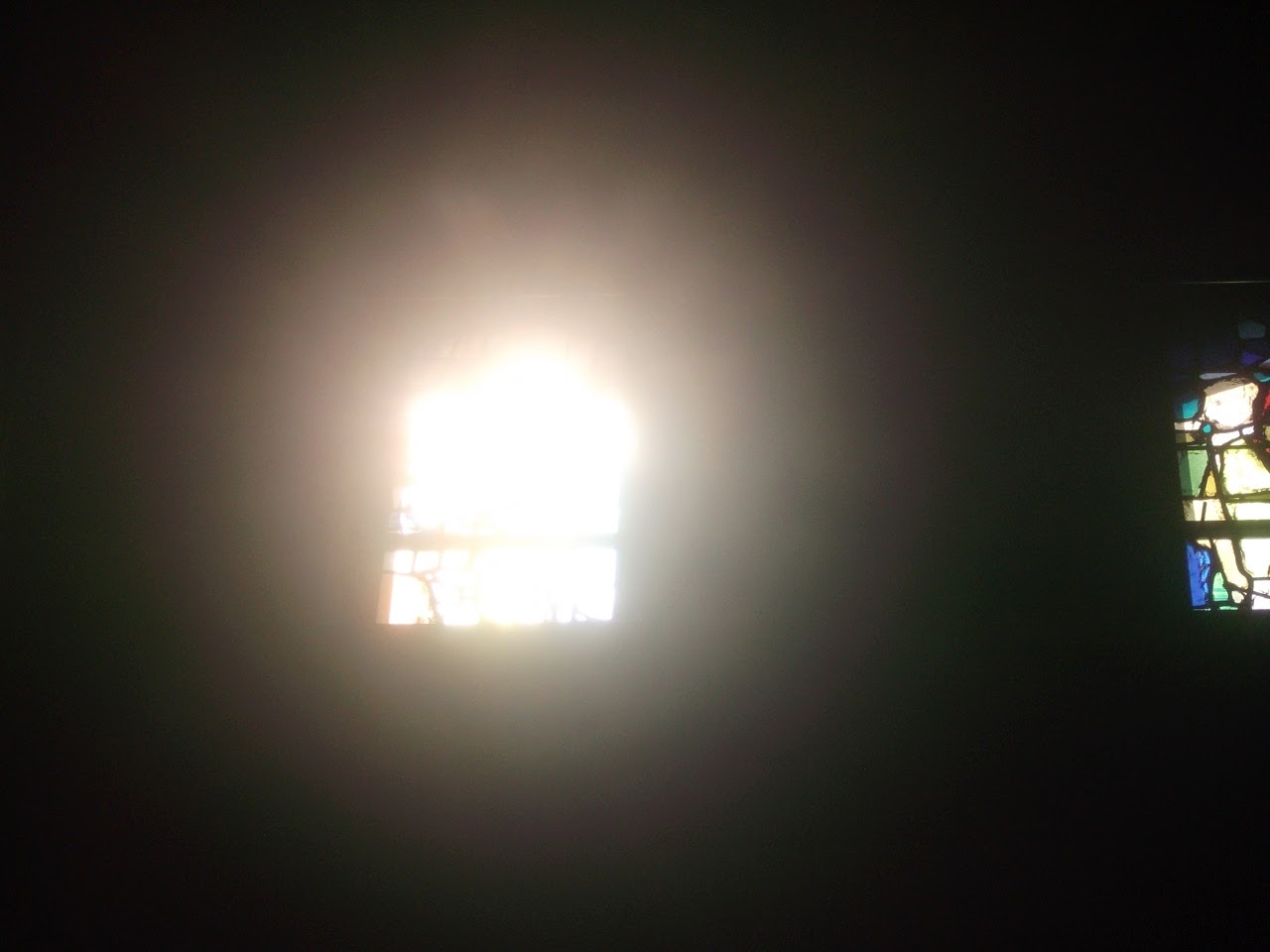 Photo credit: Zenebech Zeleke / Voice of Freedom / PhotoVoice
"There is a story that you tell, and a story that you don’t want to tell – but there are some stories that I want a lot of people to see, very clearly, from my own experience.
There are things that you go through and want to tell other people, and it makes you feel better. Some of the things that could be told are: they used to force us into taking drugs, and used to bury people alive, and we have seen them beheading people.
The light gets in – you can let it in and it’s positive. But the darkness it doesn’t let you in – it just swamps you, and that’s what it does."

These women, who have found their freedom, are now taking on the responsibility that freedom affords them, just as we move from freedom at Pesach, to responsibility at Shavuot. There were so many Jewish (as well as human) resonances in this exhibition, I frequently found myself welling up, and I hope the Jewish community, as well as many many others, engage with the women's voices and what they are trying to tell us. If you can see it, you should (and if you are outside London I can put you in touch with the organiser to see what it would take to make it happen elsewhere!):
Voice of Freedom: photography by formerly enslaved women
Amnesty International UK, New Inn Yard. April 16 until May 13th
Project website: http://ourvoiceoffreedom.wordpress.com/
and:
http://www.photovoice.org/events/article/voice-of-freedom-exhibition-at-amnesty-international-uk